The CCC in Connecticut Forests

Their impact and legacy 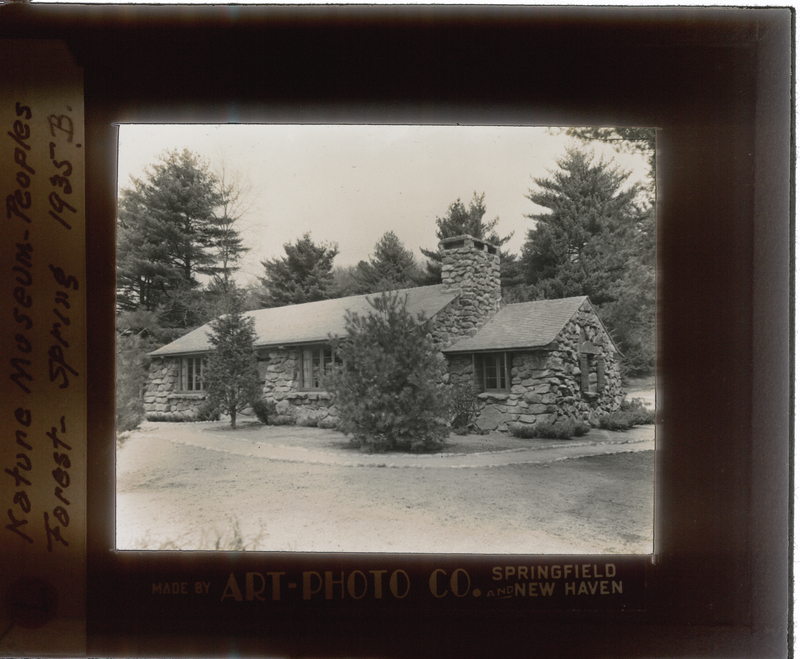 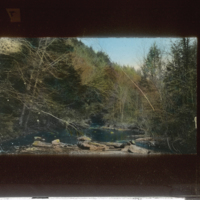 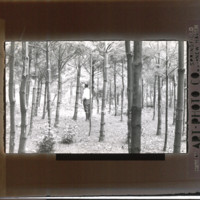 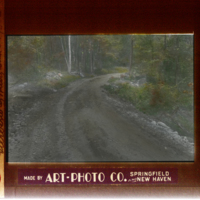 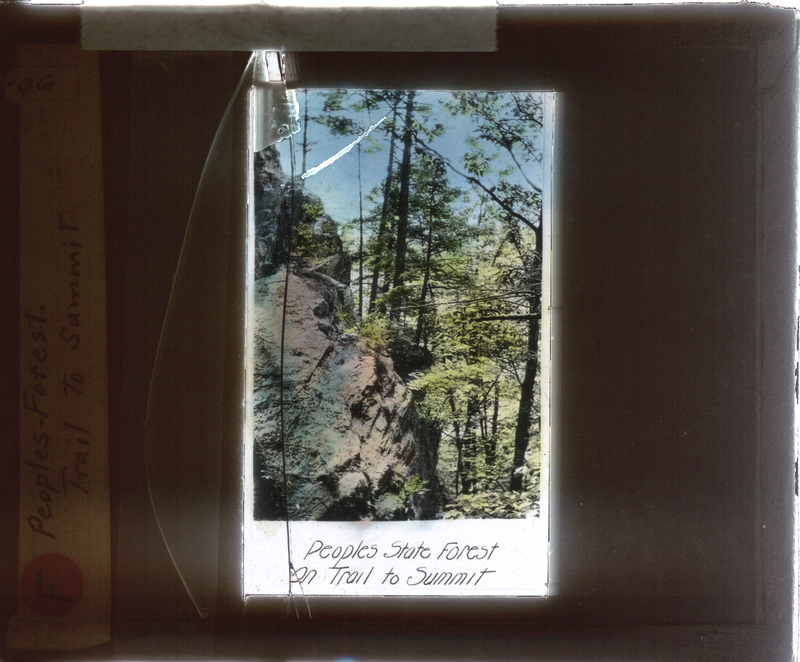 Peoples Forest - On trail to summit

Peoples forest and American Legion forests in Barkhamsted, CT, are two of Connecticut's most well-maintained state forests. Peoples forest hosts CT's nature museum and is supported by FALPS (Friends of American Legion and Peoples Forest). The forest continues to add trails and build new bridges and boardwalks. One of the original CCC campsites is still in use by Connecticut's boy scouts. 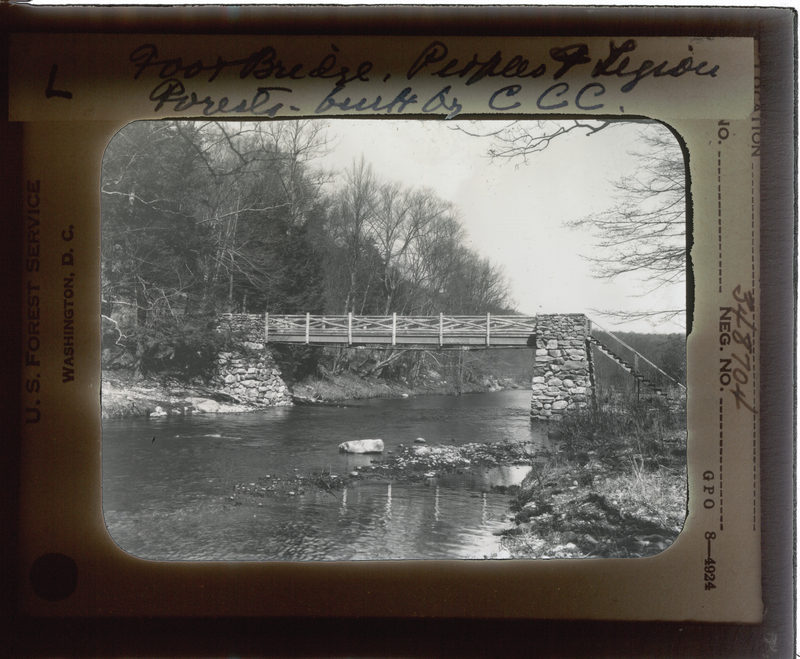 Who's Who of Connecticut Trees 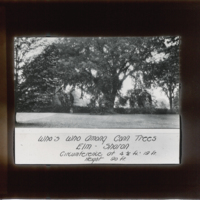 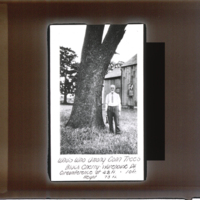 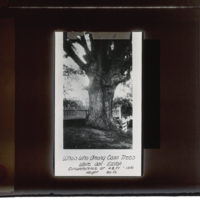 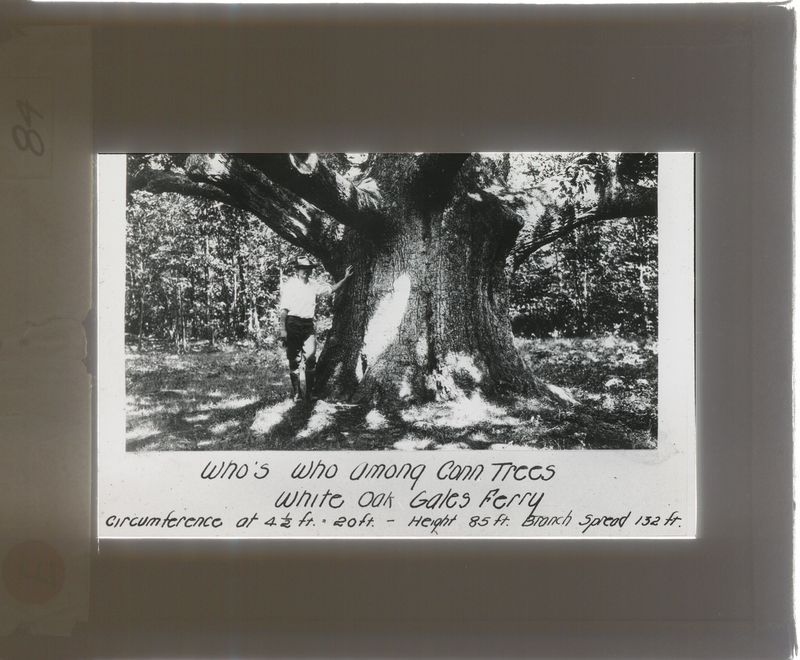 Who's Who Among Conn. Trees: White Oak, Gales Ferry, CT

The building of Natchaug bridge

Its dedication and future dilapidation 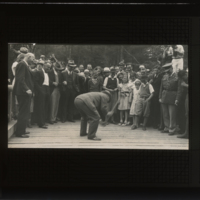 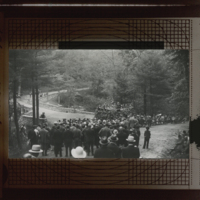 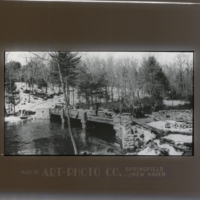 The Natchaug bridge was located in the Natchaug state forest in Eastford, CT. The bridge was built by the CCC recruits at camp Fernow, because of this the bridge is occasionally referred to as “Fernow Bridge” within our collection. Upon completion, the bridge had a grand dedication featuring the Guest of Honor Robert Fechner, director of the CCC. Governor Wilbur Lucius Cross gave a speech at the dedication and Connecticut State Forest Austin Hawes drove the final stake into the Natchaug bridge. The bridge was aesthetically pleasing, but it was not strong enough to withstand the flood of 1955. It was rebuilt but suffered from disrepair. The bridge is currently closed to vehicle and pedestrian traffic. 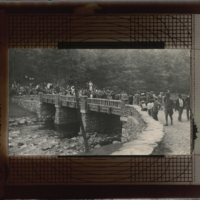 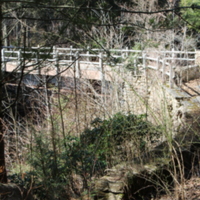 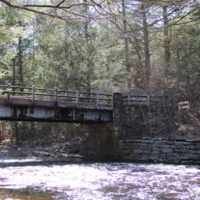 Treating against spongy moths and gaining control over Connecticut's Forests 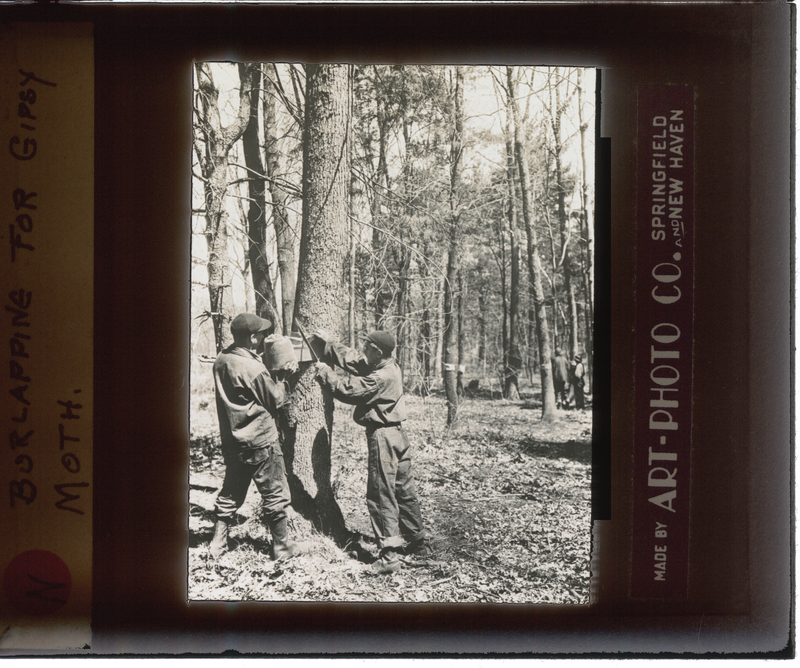 The CCC contributed to saving trees from damage caused by spongy moth populations. Spongy moth eggs are laid on the trunk of trees. After hatching, the spongy moth caterpillar travels up into the canopy to feed on leaves. Large populations of spongy moths can result in the defoliation of plants, which leaves them vulnerable to other pests and diseases. CCC men would burlap the trunks of trees (pictured left) which would inhibit the caterpillars from reaching the canopy. They would also use a chemical called "creosote" to treat the spongy moth eggs directly.

Previous acts of deforestation caused an uneven distribution of age classes of trees within Connecticut forests. Pictures below are diagrams depicting the distribution of tree species and ages across CT state forests. The data Distribution of Age classes in State Forests 1932 reveals that there is a disproportionate amount of young growth in comparison to trees over the age of 81 years old. This was a result of much older trees being a primary source of timber prior to the Great Depression. 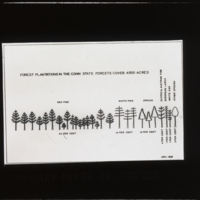 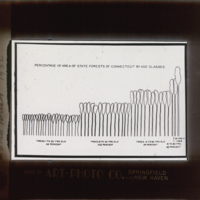 Age distribution of trees in CT, 1932 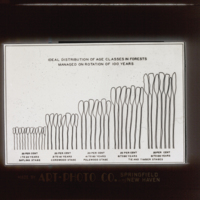