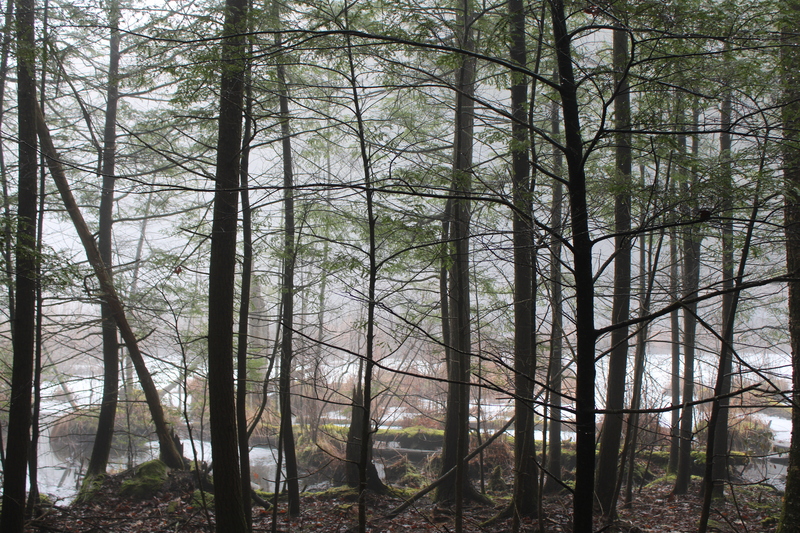 The creation of lantern slides was a common practice among teachers and creatives and was not exclusive to larger producers. We decided to make a lantern slide to get an idea of how easy they were to assemble. Much of the literature about the medium discusses how accessible the medium was to teachers and professionals to create their own content.

To start, we needed to use a digital image and converted it to greyscale in PhotoShop, then printed it on a piece of transparency. 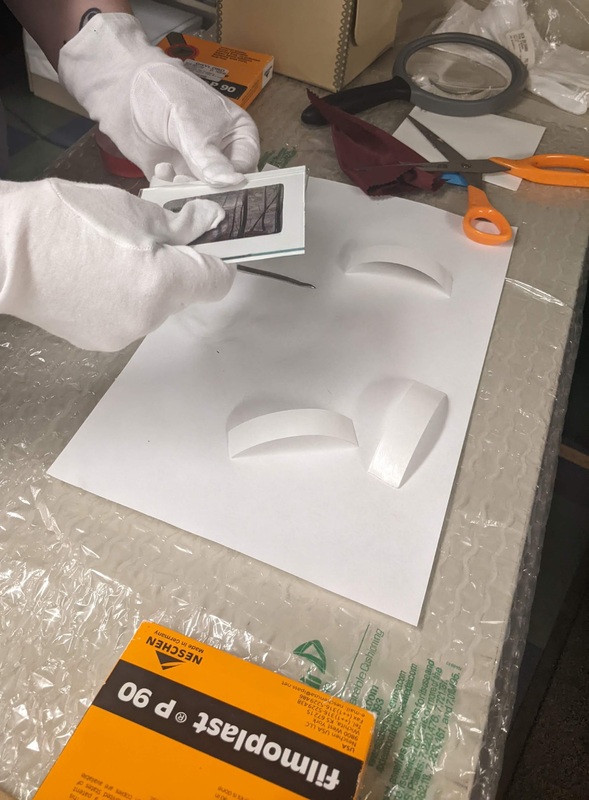 Then, we set about coloring the slide as they did in the 1930s. Unfortunately, the smooth surface was difficult to paint which shows the amount of skill and practice required to illustrate a slide. Also, the printer ink was prone to distortion and was easily reactivated.

So, we chose a different approach. We colorized the black and white image using PhotoShop and then printed that version on the transparency. Note that the printed transparency is almost too transparent in comparison to the slides from the collection. 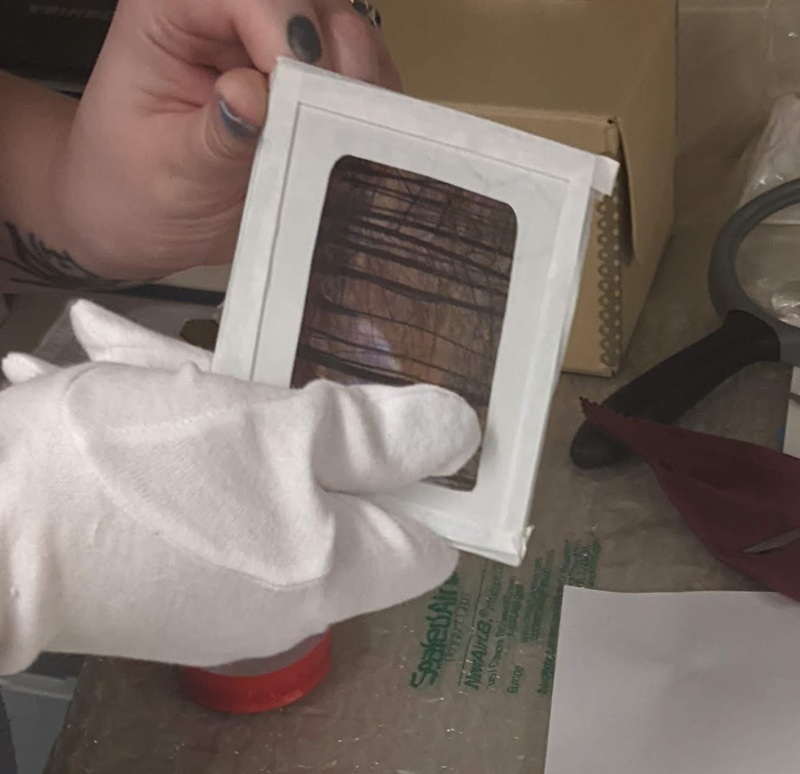 Sealing the edge of the slide

The tape is applied by pressing the two pieces of glass into the center of the strip then folding it and affixing it to both sides of the glass. We added a label after the pieces of glass were taped together. The label is used to identify the slide but also to indicate how to place it in the projector. Each slide is marked in the upper left corner to indicate the position of the image. These markings vary; some are depicted as circles and others as stars.

Now, we were ready to project the slide. We brought our projector to one of the Haas Library classrooms and we were able to see our homemade glass slide. The projector requires a large size room to properly display the image.

A scan of the completed slide 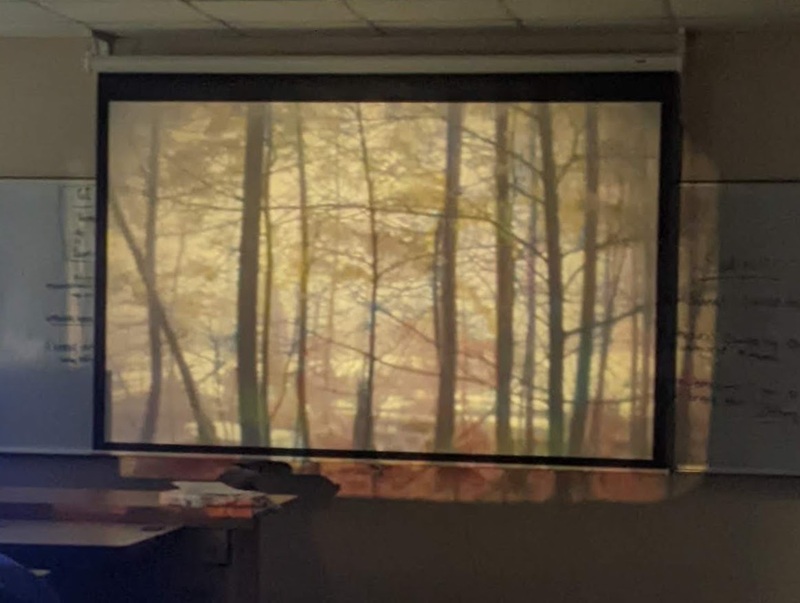 Given that there were few alternatives in the 1930s, the creation of lantern slides was generally accessible to the public. Unfortunately, the construction is pretty time-consuming. This may be because slides made by individuals were usually done by cutting and applying paper silhouettes or drawing directly on the glass. We chose to replicate the slides from our collection, which were produced by specialized companies or organizations versus everyday individuals. The process of developing a photo positive and applying it to a glass slide is more complicated than creating shapes from paper. So, it is unsurprising that the process was more complicated.