What is a Lantern Slide? 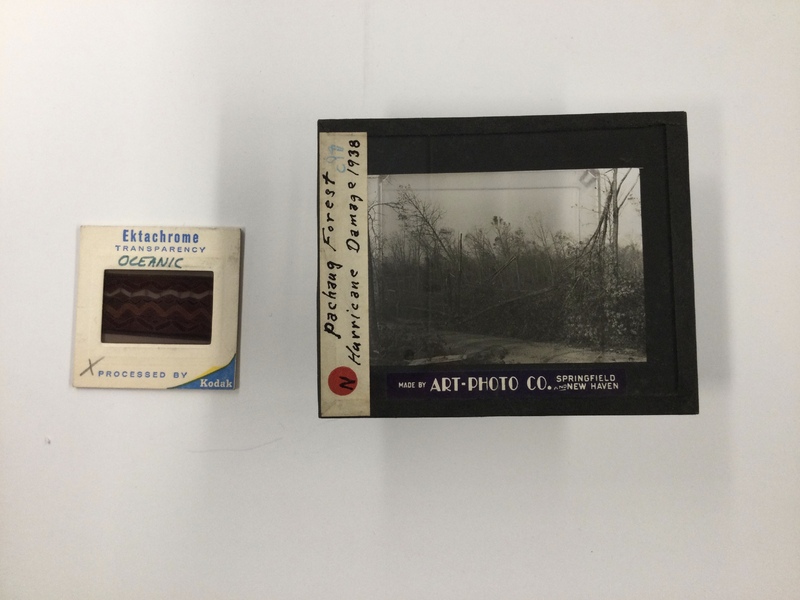 A lantern slide or magic lantern slide is an obsolete photo format used from the 19th Century through to the middle of the 20th. Prior to 35mm celluloid color and black and white positive slides mounted in cardboard, there were glass slides. Prior to acetates and celluloid, glass was the only transparent material on which to mount an image to project. Shown here is a 35 mm slide next to a lantern slide.  Projection meant that a small image could be enlarged for large groups of people.

This is an epidiascope likely from 1915. Machines like this were used to project lantern slides.

Magic lantern slide shows were in some ways the precursor to movies and were widely used for entertainment or educational purposes. A projected image could be an illustration or photographic positive, or a combination of the two. The magic lantern slide was used for entertainment purposes beginning in the mid-to-late 1600s up until the 19th century. Sometimes, the slides would be layered or used alongside shadow puppets to create the effect of movement. By the late 1800s, the slides were no longer used for only entertainment or "childish" purposes. The popularization of photography elevated the value of the lantern slides and pushed them into the world of education, which resulted in the magic lantern being given new, more adult titles such as the "optical lantern," or simply the "projecting lantern." Photographers and slide presenters could use their shows for political activism (women's suffrage + Armenian genocide). 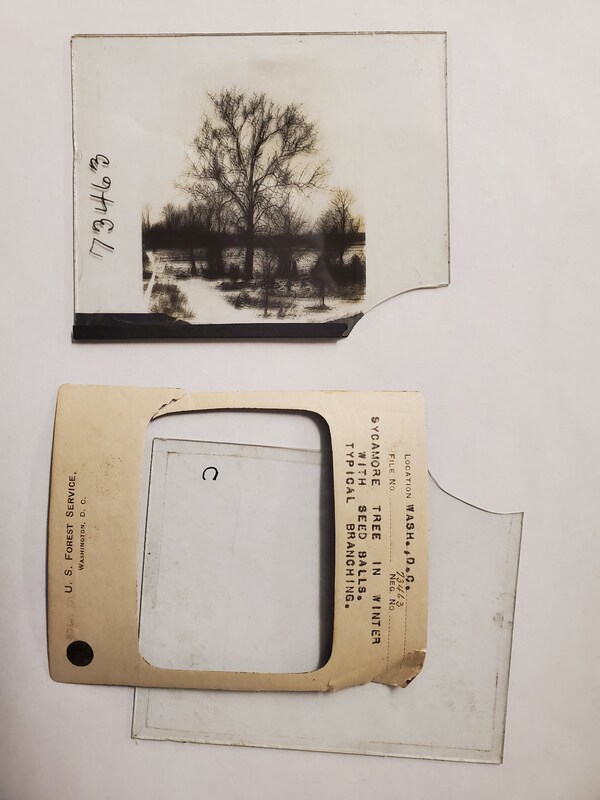 The lantern slide is made of two pieces of glass. The emulsion of the photo positive is applied directly to one of the glass planes (shown to the lower left). A piece of archival paper is placed between the slide to frame the photo, similar to that of matting a photo or painting prior to framing it. The paper often includes the company that produced the original slides. Some examples of slide producers from this collection include Art-Photo Co. of Springfield and New Haven as well as the U.S. Forest Service (shown in the photo to the left). Many of the slides are not labeled with their source. This may be because the making of glass slides was common within local environments such as schools and at home. Please refer to Making A Lantern Slide for more information. 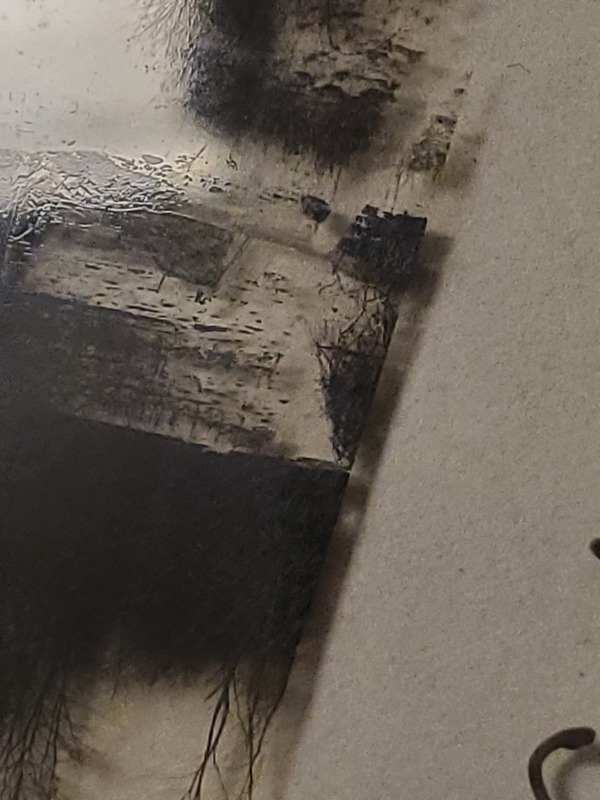 The emulsion casting a shadow from the slide

The lantern slide is a fragile medium. It is breakable and the emulsion can become damaged during or after processing. The emulsion is created through chemical processing. If done incorrectly, the image can be altered, deteriorate, or go through chemical reactions. Mold can grow between slides if not properly taken care of. For more information, please refer to Preservation and Digitization.

Occasionally, slides are hand-colored (see below). Mediums can range from inks to crayons, but glass slides are often painted with oil paints. The pigments used need to be lightfast. Lightfastness refers to a color's ability to withstand exposure to light. A color with a high-rated lightfastness can withstand long periods of light exposure with little to no loss or change in opacity or coloration. In addition, the ink does not disturb the emulsion and is transparent enough that the image will display correctly when projected. High skill is needed for painting glass slides as the surface is slippery. 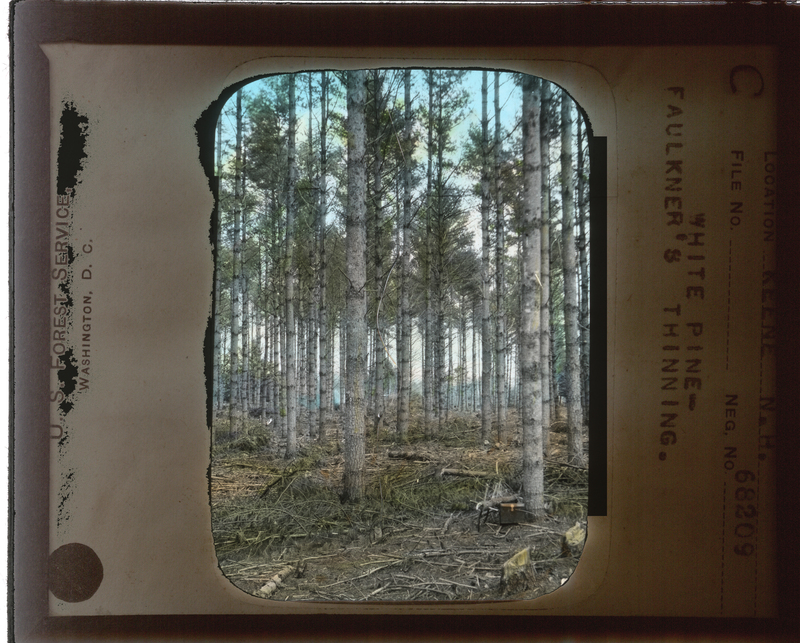 Faulkner's thinning, an example of a hand-colored slide