What was the Civilian Conservation Corps? 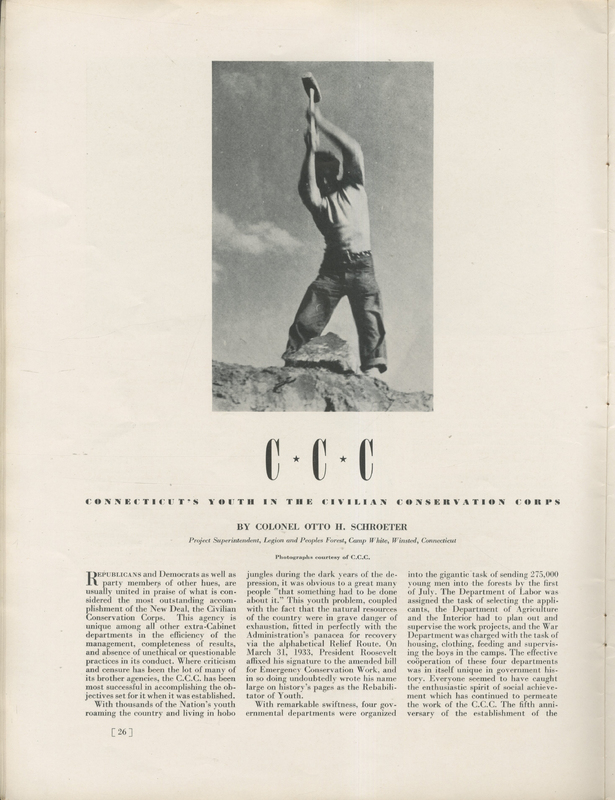 A piece was written on the CCC in CT by Colonel Otto H. Schroeter. The title page features a strong, muscular man about to chop wood. The symbol of a strong, masculine man was often featured in the literature about and created by the CCC.

The Civilian Conservations Corps (CCC) was a New Deal project created by President Franklin D. Roosevelt that operated from 1933 to 1942. The project's purpose was to alleviate poverty and unemployment during the Great Depression. The CCC was only one of the New Deal programs created by President Roosevelt that were advertised as a solution to nationwide poverty, unemployment, and homelessness. The CCC was FDR’s most popular New Deal program. So successful, in fact, that many would write FDR letters on how the CCC was their idea. This is because the CCC offered a solution to the country’s fears of homosexuality, transience, rebellion, communism, and crime associated with young, jobless men. The slides featured in the CCC collection provided visual proof that the activities of CCC camps were concerning nature conservation, hard work, morality, and community versus the “undesirable” characteristics many feared during the Great Depression.

It is important to consider the sociological impact of the CCC because it serves as an example of the moral values during the Great Depression. The CCC provided jobs, housing, and a watchful eye over the previously unemployed men. Within the camps, the men would become educated, both spiritually and mentally, and their bodies would be worked into a masculine, physical shape versus having undesired “flab”. The muscular physique of the idealized man was often depicted in CCC advertisements and other media. The CCC encouraged these men to step away from their “unkempt” lives in the city and find good work ethics within nature. The emphasis on having a family unit is also present, as a majority of these men’s earnings were sent to their families back home. 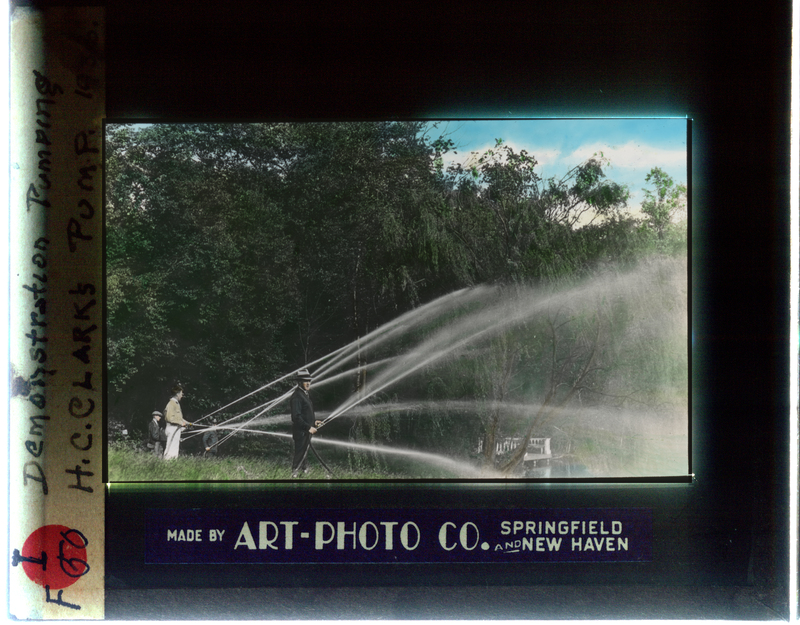 The CCC created many lantern slides which used to educate the public, recruit inductees or train persons on the activities of the CCC. Gathering support for the CCC was a priority for the FDR administration and lantern slides like these, along with print publications, provided a simple way to compellingly show the acctivities undertaken by the CCC.