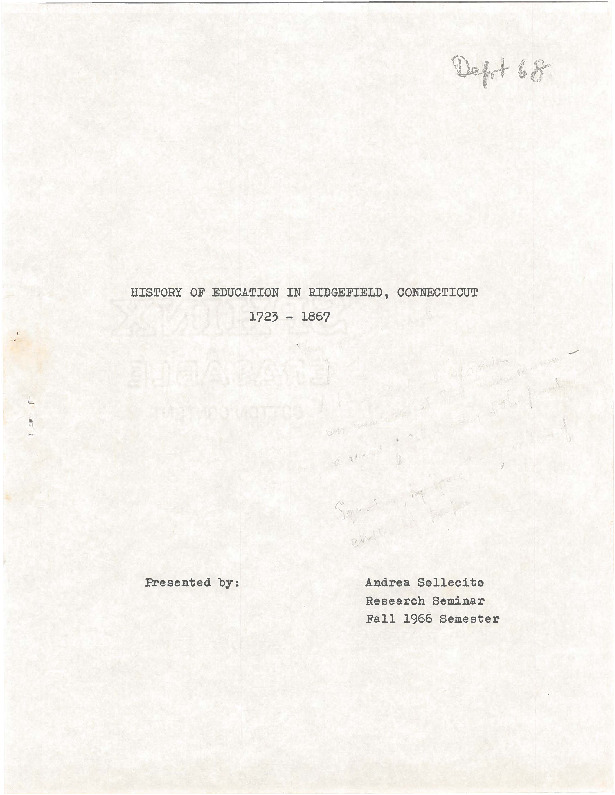 The town of Ridgefield, which was purchased from indigenous peoples in September 1708, is in the southwestern part of Connecticut. It is bordered on the north by Danbury, the south by Wilton, the east by New York State, and the west by Redding and Danbury. The first town records of Ridgefield are in 1721 at a town meeting where various roads were discussed. Shortly thereafter, according to a town meeting in 1723, a town school was established. This short span of time between the settlement of the town and the establishment of a school seems to show the importance placed on education
by the founding fathers of this New England town. This first public school was the foundation of a rapidly growing school system. Within 150 years, Ridgefield had expanded its school system to include fourteen public school districts. This paper is intended to show the development of education in Ridgefield as an example of educational expansion in many Connecticut towns