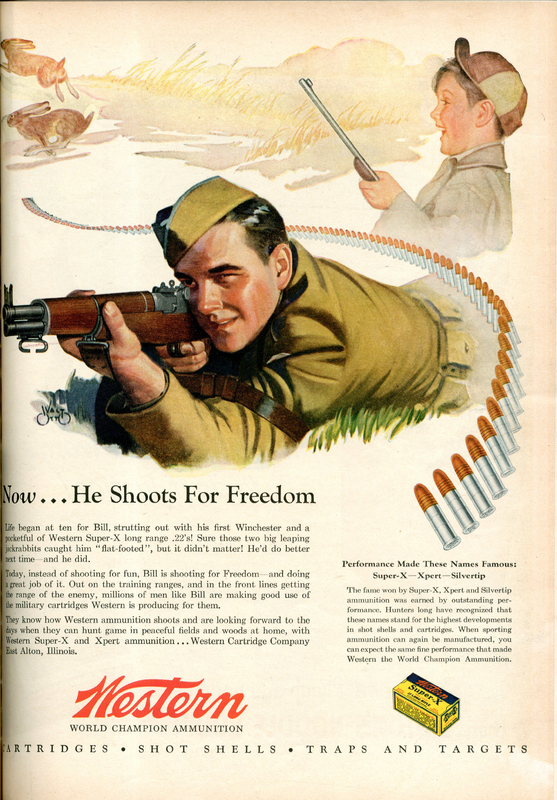 Western Cartridge Company advertisement depicting the military use of its ammunition and, when peace returns, its civilian use as sporting ammunition.

Walter Otto (1895-1963) - American commercial artist, known primarily for his "pin-up" work.
In the 1920’s Otto’s work was published on the front covers of national magazines such as “The Saturday Evening Post” and “Woman’s Weekly”. Between 1935 and 1945, Otto’s artwork appeared on billboards and posters for major US companies, including Alka Seltzer, Shell Oil, Anheuser-Busch, Schlitz Beer, Kelloggs, Mars Candy, H. J. Heinz and other nationally known advertisers. More often than not, he would incorporate pin-up themes into his advertising creations.