America’s entry into WWII had an immediate and significant effect on the country, requiring the mobilization of virtually all of society. The financial requirements of the war effort demanded large tax increases and heavy borrowing, in the form of War Bonds. The government, through the War Production Board, allocated scarce materials, curtailed the production of civilian goods, and redirected the nation’s manufacturing capacity to the production of military equipment. The Office of Price Administration instituted price controls and a complex system of rationing.

Early in 1942, an association of advertising agencies established the Advertising Council (later renamed the War Advertising Council) for the purpose of mobilizing the advertising industry in support of the war effort. Early efforts, largely in the form of public service campaigns, encouraged military enlistment, the purchase of War Bonds, and the conservation of war materials.

Support of the war effort quickly became a theme for private industry in their own marketing efforts as companies realized the importance of tailoring their advertising to the war effort. Companies commonly referenced the war effort in their advertisements, no matter how remotely the products themselves were related to it. It was important for companies to keep their names in front of the consumer, even when the conversion of their manufacturing capacity to military products meant that their products would often not be publicly available for the duration of the war. The ads always emphasized companies’ wartime contributions as patriotic, rather than profit-driven acts. Advertisements reminded consumers of what the companies were doing to support the war effort, explained the importance of wartime sacrifices, and promised an exciting new world that consumers would enjoy when peace returned. In addition, advertisements constantly emphasized that the war was being fought to preserve American values, the American way of life and that it was being won because of those values. 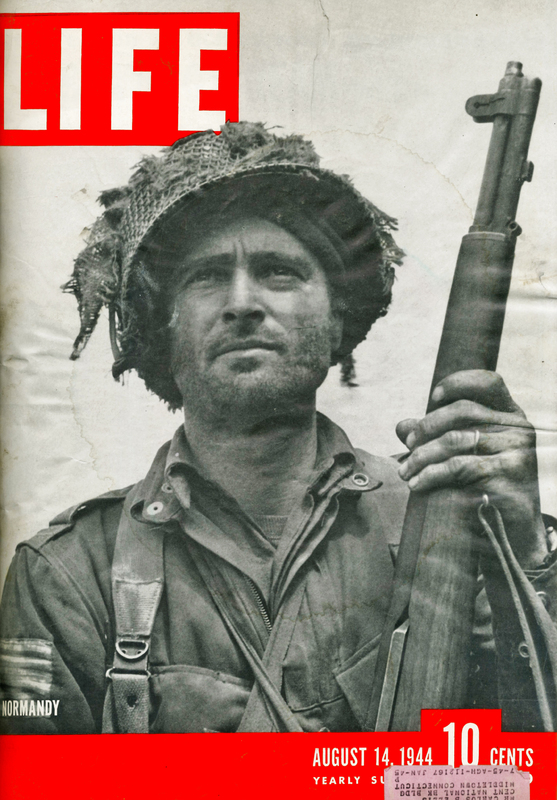 LIFE Magazine* began in 1883 as a weekly humor magazine. Henry Luce, the publisher of Time and Fortune magazines, bought the rights to its name in 1936 and relaunched it as a weekly news magazine with a strong emphasis on photojournalism. LIFE was published weekly until 1972 and then intermittently before ending its run in print format in 2007, as a weekly newspaper insert.

Each week during World War II, Life Magazine brought the war home to Americans; it had correspondents and photographers in all theaters of the war, from the Pacific to Europe. Its popularity (at one point, its circulation topped 13 million) made Life an important print vehicle for advertisers during the war.

* LIFE Magazine (ISSN 0024-3019) was published by Time Inc.  The following images in this exhibit are scans from the physical copies owned by Western Connecticut State University (WCSU) and are displayed here in compliance with fair use restrictions.  WCSU claims no rights to the materials; reproduction of these items and other uses must be obtained from the rights holder and not WCSU.

Google publishes issues of LIFE in their entirety at https://books.google.com/books?id=lz8EAAAAMBAJ&source=gbs_navlinks_s. This exhibit was created by Jerry Shea, a volunteer member of the staff of the Western Connecticut State University Archives and Special Collections. Jerry, a retired corporate finance professional, has been a volunteer for several years. During that time, he has worked on several projects, including the transcription and digitization of the diaries of Horace Purdy, a nineteenth century resident of Danbury. Jerry also created an exhibit on the redevelopment of downtown Danbury in the 1960’s, featuring the life and work of appraiser Robert Noce, a long time Danbury business, political, and community leader.

ADVERTISING WITH NO PRODUCTS TO SELL →
BACKGROUND