The basement of Old Main when constructed differed markedly from how it appears today, however, no documentation remains of its original layout.  Evidence of furnace facilities, coal fireplaces and alterations to the placement of floors are visible.  The original gym which was half recessed into the basement level is "visible" as well.  The basement levels are now used by facilities staff and house some technical infrastructure and document storage.

After the construction of Fairfield Hall (and later Higgins Hall), tunnels from the basement of Old Main were, according to University staff, constructed in order to accommodate steam pipes and electrical conduit. These tunnels are still utilized for information technology and HVAC infrastructure. Alumni of WestConn from the 1940s and 50s recount that the tunnels were used by students in inclement weather to travel between Old Main and Fairfield Hall. 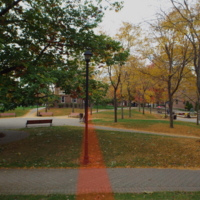 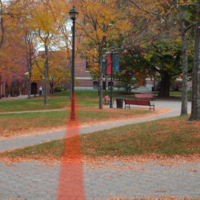 The superimposed red lines show the path the tunnels take just below the surface. 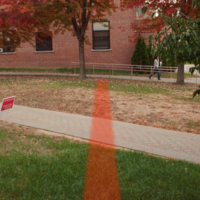 The tunnel between Old Main and Fairfield

These videos provide a look into the tunnels between Old Main, Fairfield Hall, and Higgins Hall. 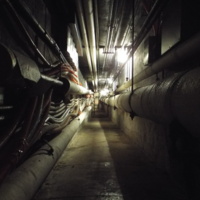 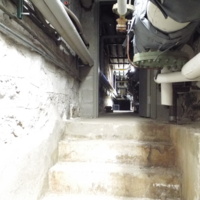 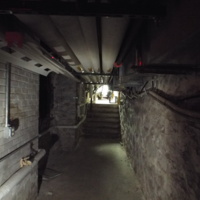 Another view of the tunnel at the Fairfield Hall connection