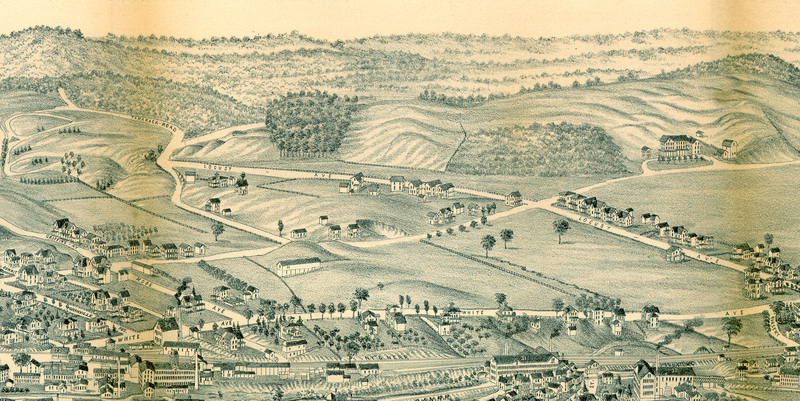 The site of WCSU's midtown campus 15 years before Old Main was constructed.

The land on which the Danbury Normal School was built belonged to Alexander Moss White. The White family had been one of Danbury's founding families and had established a fur hat company in Danbury that thrived well into the 20th century. 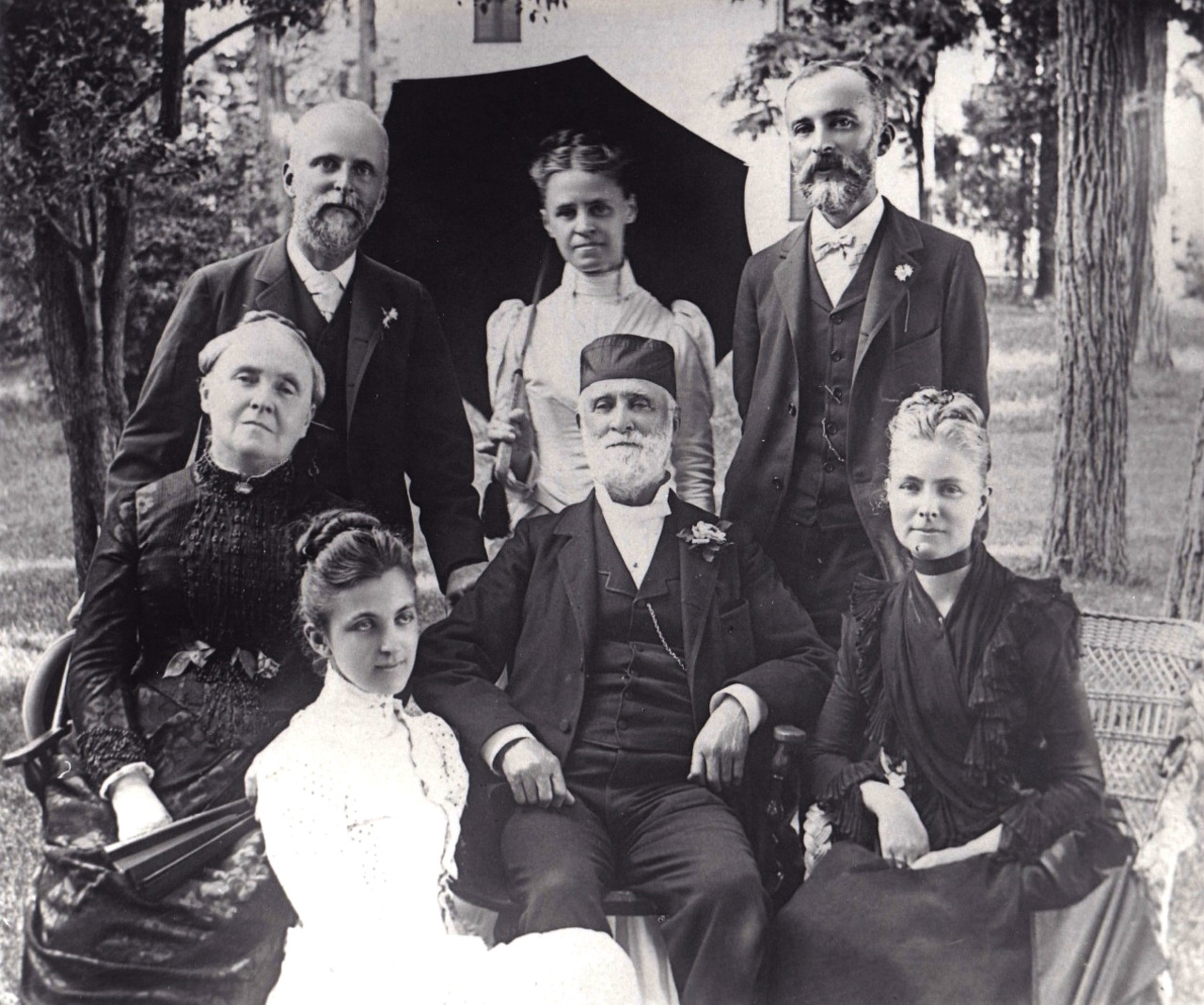 While Alexander M. White and family by 1900 lived primarily in Brooklyn, NY, White maintained a farm which was essentially the present-day footprint of WestConn.  White donated land for the Normal School to the State and land to the City of Danbury to build what is now known as White Hall (named for the family) which housed Danbury High School for nearly half a century.

Alexander White was quite philanthropic in his lifetime and Tuskegee College, to which White donated funds, also has a building named in his honor. 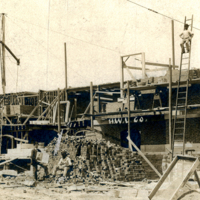 Construction of the lower portions of Old Main.

Danbury rivaled Waterbury as the location for Connecticut to build a new normal school to train teachers for the State's growing population. While a bid for the school initially failed to pass in the Waterbury local government, Danbury quietly prepared a bid to be awarded the school in order to serve the 250,000 residents of Fairfield County. The project was spearheaded by John R. Perkins who would later become Danbury Normal School’s first principal. Perkins sought the support of prominent local residents and Alexander Moss White stepped forward to donate part of his farm as the location where the Normal School would be built. Danbury’s residents supported the idea and lobbied in Hartford for the awarding of the school along with a $100,000 grant to build the school. Eventually, a vote gave Danbury the bid for the school and Old Main was commissioned to be built.

The contract for the design of Danbury Normal School was awarded to Boston, Massachusetts-based architecture firm Hartwell, Richardson & Driver. Hartwell was a founding member of the Boston Society of Architects in 1867. Richardson, a promising young architect, was awarded "Best Designs by a Young Architect" in 1875 by the Boston Society of Architects. In 1881, Hartwell and Richardson established a firm together and Driver joined in 1895. The firm was a prominent builder of houses and school buildings in the Boston, Cambridge, and Somerville area. Hartwell and Richardson were known in Connecticut for designing the Normal School in New Haven, which has expanded and become Southern Connecticut State University. Much of their early work is reflected in Old Main’s architecture including the white Nova Scotian sandstone trim and arched doorways seen on the eastern and western entrances of Old Main.

The Danbury Evening News covered the construction, completion, and final inspections of the Normal School building as it was built. Clippings such as these document events including the first enrolling class, the faculty appointed, and classes to be offered once the school opened. Clippings