“Marketers have long perpetuated ugly stereotypes to sell everything from soap to Scotch over the years. The difference is that in past decades, the ads... didn’t generate a storm of controversy.” Racist and sexist imagery in these objects demonstrates the pervasiveness and perceived economic benefit of their utilization.  In addition, less subtle messages that could be used to justify denying service can be found in the fine print of a menu. 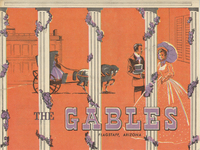 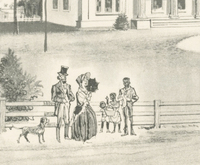 an inside image from the Andrew Jackson menu 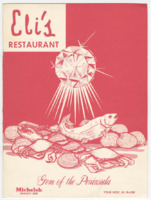 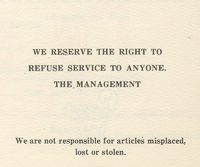 in the fine print of the Eli's menu

Two menus that incorporate an idylic view of plantation life and slavery (the Gables and the Andrew Jackson) and one that includes a statement that the restaurant can refuse service for any reason which was often used to refuse service to non-white customers.

Though the Gables Restaurant in Flagstaff, AZ used a plantation theme on their menu, they were reportedly listed in Flagstaff’s Green Book (according to https://www.youtube.com/watch?v=D9e7yzBUWmQ, “Flagstaff Green Book”).