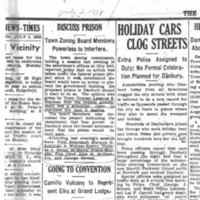 Zoning board - powerless to interfere with construction.

The Boy Scouts complain the prison will take their proposed camp site. 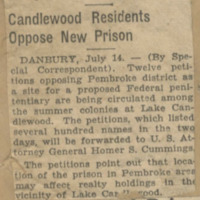 Opposition from Candlewood residents regarding the potential the prison may have on real estate values.

Concerns over the prison placement in the Pembroke District of Danbury would primarily come from property owners who owned homes around Lake Candlewood. They had fears concerning the real estate value of their homes significantly decreasing if a prison was to be built in the proposed location. They also had concerns over the possibility of crime and escapees from prison. The Federal government did step in to ease the opposition to the acquisition of land for the Federal prison.

Leader of the Mid-Fairfield Boy Scouts, Albert Meserve,  possibly had the biggest objection to the Federal prison. His objection to the prison went so far as to write both the US government and Alfred Ruffles, calling that "coercion, intimidation and misrepresentation took place in obtaining the Pembroke options.”  Meserve claimed to have options to use 45 acres of the Ruffles farm and 15 acres owned by the Connecticut Light & Power for the construction of a Boy Scout Camp. Arthur Crandall would call this claim “untrue, unfair and containing not a single shred of fact." of (Bridgeport Post Clippings [Bridgeport History Center Clippings File], Wednesday, July 13th, 1938)

Not all were opposed to the prison. Local businesses saw the opportunity for revenue in the construction of the prison, which would give many employment in the local Danbury area.

In June of 1938, the construction is announced in the Danbury News-Times 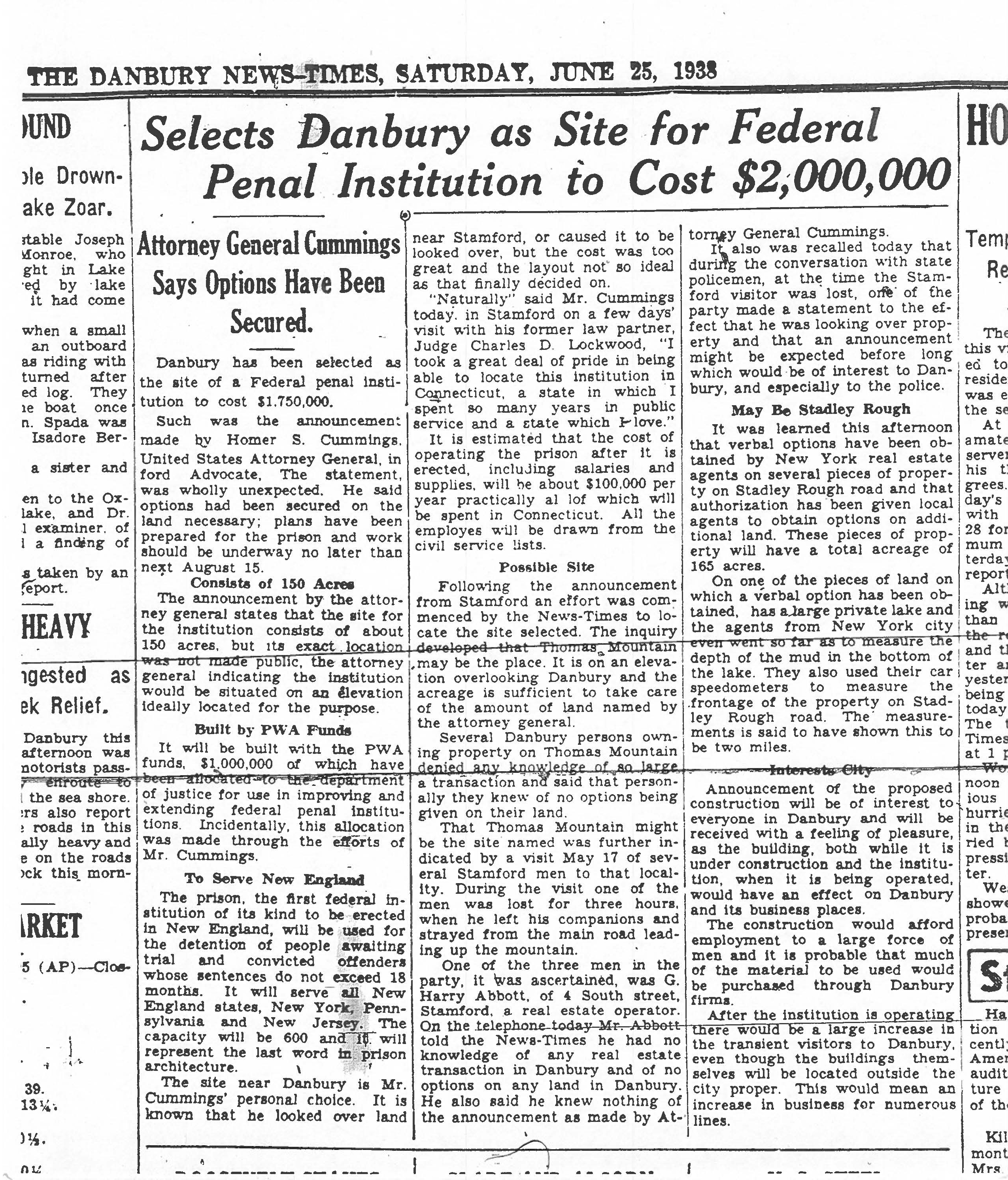 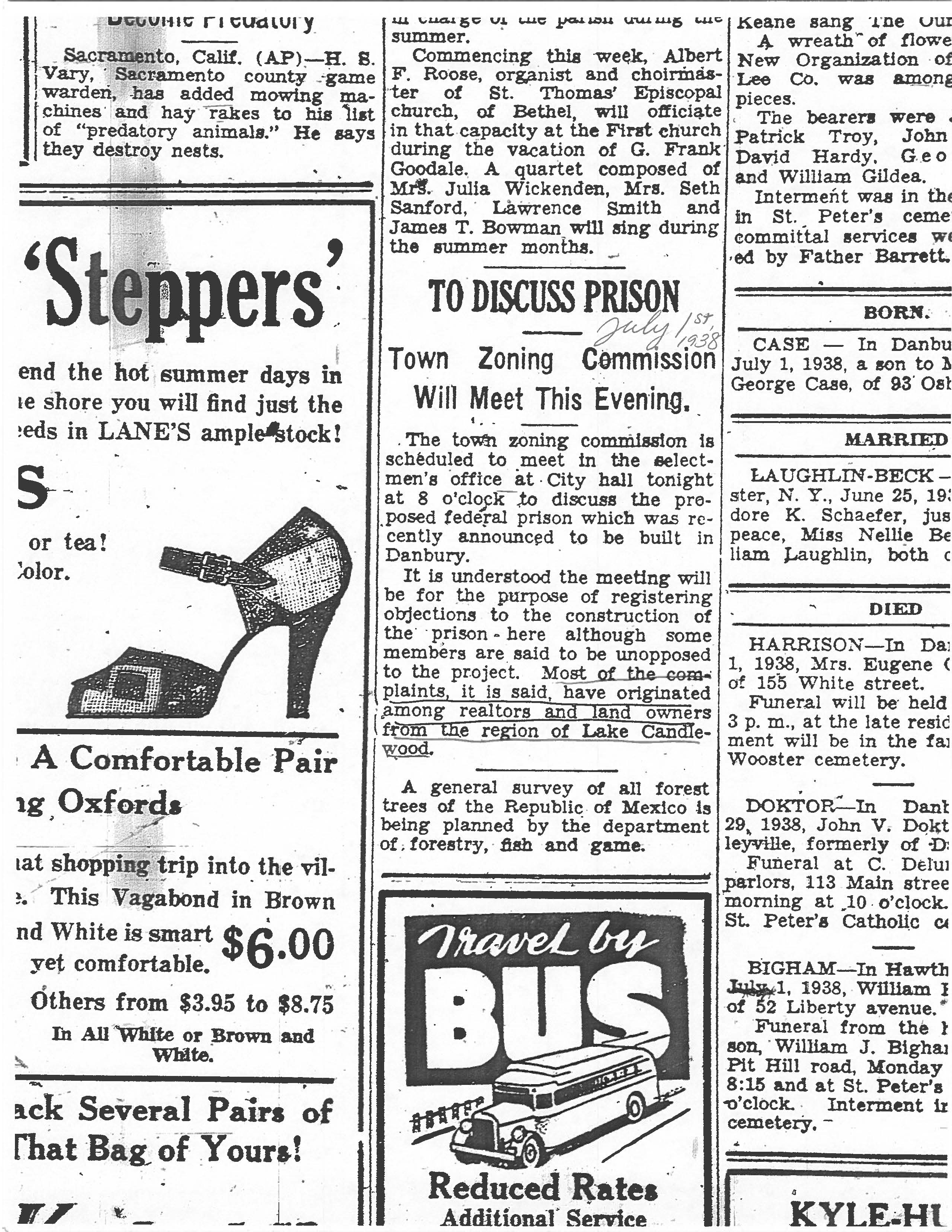