Arthur Crandall (real estate agent from stamford)  and Beatrix B. Newport (real estate agent from Bethel) helped pick out the locations for the federal institution. It was B.B. Newport who suggested the site in Danbury. Other Connecticut locations that were considered were Trumbull, Newtown, Bethel, Brookfield, Greenwich, Stamford, and Ridgefield. Both Crandall and Newport were asked by the Federal government to obtain the necessary land for the project when they decided on the Danbury location. It was declared that the prison would not be visible to other Candlewood Lake residents because the prison would be between two ridges on the property acquired. Miss Newport would represent the sellers (Pembroke property owners) in the land transactions and Arthur Crandall was tasked with representing the buyer (US government).  (Bridgeport Post Clippings [Bridgeport History Center Clippings File], Wednesday, July 13th, 1938)

On June 25th, 1938, Homer Cummings, the US Attorney General (and native of Connecticut) came to announce and finalize the decision for the placement of the new federal prison. Work would begin on the site on August 15th, 1938.

Below is an interactive map of a satellite image of the land in 1929 (Left), and properties purchsed by the government (right). 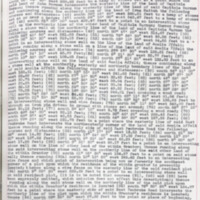 The land transfer from Alfred Ruffles to the U.S. Government from the Danbury City Clerk's office. 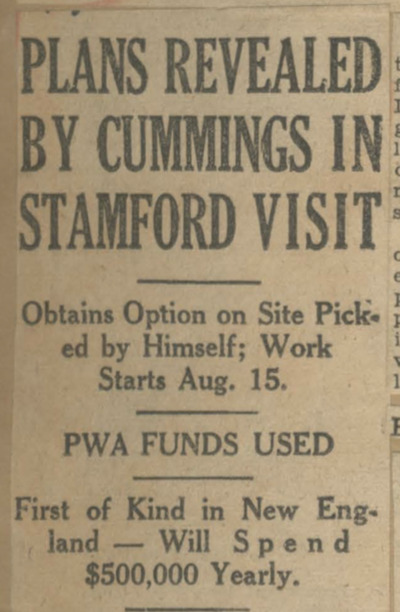 Construction of the prison had a specification that required a significant parcel of land and infra structure for sewer, electric and labor requirements. 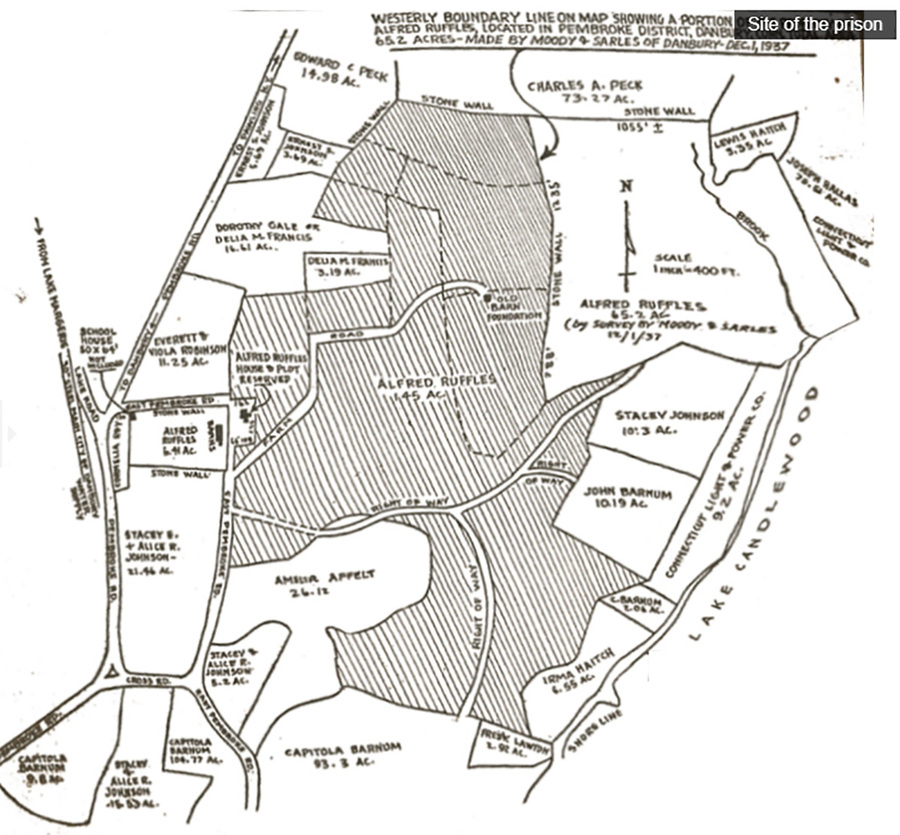 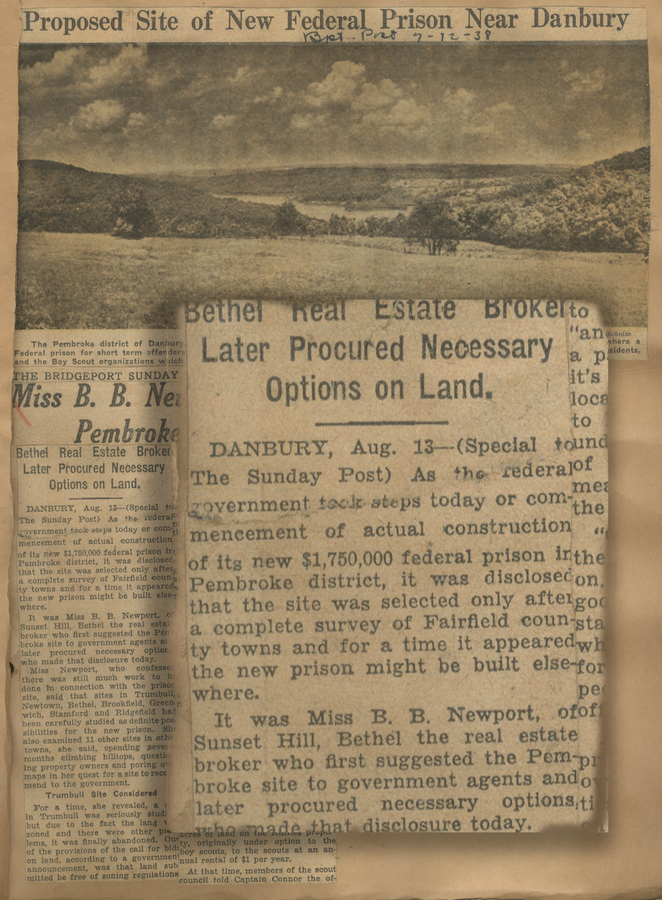