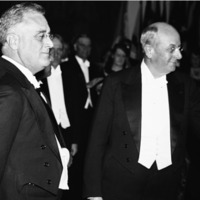 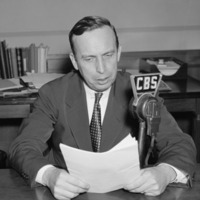 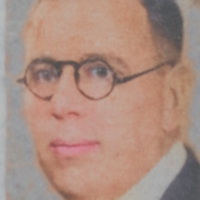 The placement of a Federal prison in Danbury, Connecticut may have come down to one of the State's illustrious sons, Homer Cummings, FDR's Attorney General, from Stamford.  Under the AG was the newly minted Federal Bureau of Prisons who was led in 1937 by James V. Bennett. 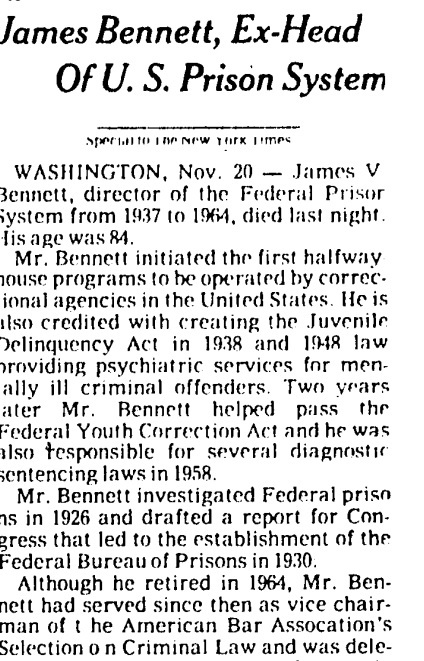 Pursuant to Pub. L. No. 71-218, 46 Stat. 325 (May 14,1930), Congress established the Bureau of Prisons within the Department of Justice and charged the agency with the "management and regulation of all Federal penal and correctional institutions." The federal prison system had already existed for nearly 40 years under the Three Prisons Act (1891), which authorized the first three federal penitentiaries: USP Leavenworth, USP Atlanta and USP McNeil Island...With the creation of the Bureau of Prisons, the agency assumed the responsibilities of oversight, management and administration of the 11 Federal prisons in operation at the time.
[https://www.bop.gov/about/history/]

Bennett served at the head of the Bureau of Prisons until 1964 - the longest term of any of that Bureau's directors.  Born near Buffallo in 1894, he was a veteran of the WWI Army Air Corps; he investigated the Federal prison system in 1926 and drafted a reform-minded report to congress.

Edgar Gerlach was chosen by the Bureau to be the first Warden of a Federal facility in Danbury and Gerlach moved to town as soon as construction was commenced.

Edgar Martin Gerlach was born in 1897 in Detroit Michigan and by the early 1930s, according to census records, was working in Jamesburg, NJ at the New Jersey State Home for Boys.  By 1939, he, his wife Evelyn and two sons were listed in Danbury directories as living just north of the prison site in Danbury.  Gerlach was described by some [Hunt, Andrew E., David Dellinger: The Life and Times of a Nonviolent Revolutionary,1968., p. 54.] as a strict disciplinarian.  He died in 1962 after a long career in corrections. 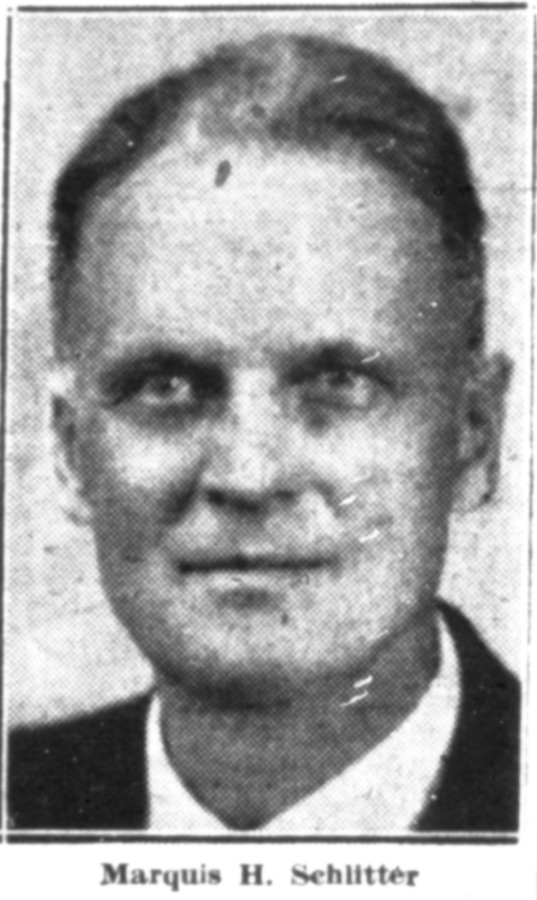 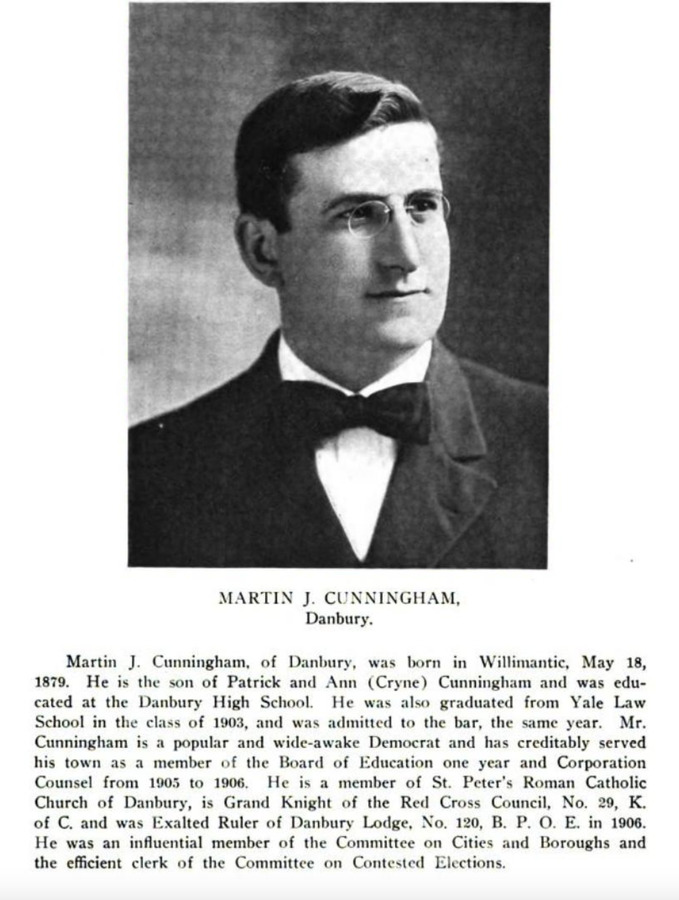 In the 1930s, Danbury was two municipalities: the Town of Danbury and the City of Danbury.  Mayor Cunningham of the City and First Selectman Schlitter of the Town had to coordinate efforts to maintain municipal services during the nation's worst economic crisis. 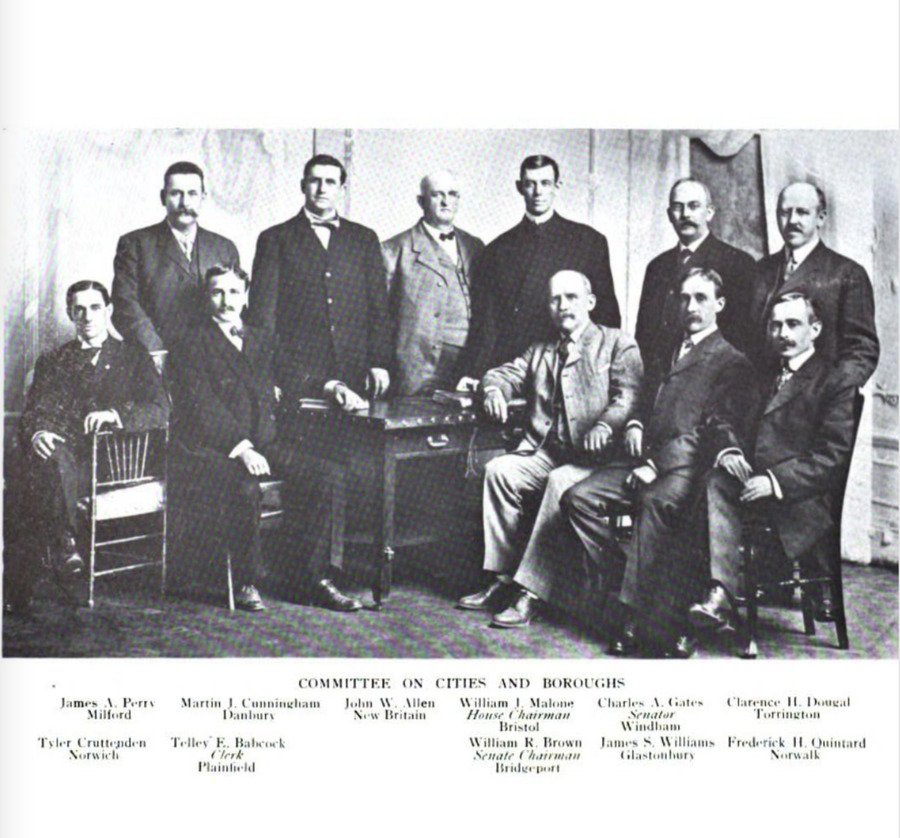 Marquis Schlitter, born in Germany in 1878, owned the M. H. Schlitter Monuments Company (still in operation) and was active in Danbury politics from 1917 until 1944.  His affiliation with the Democratic party helped elevate him when FDR soundly defeated Hoover in 1932.  As First Selectman of a town that surrounded a City, he had limitted power and sources of revenue.  He also needed to work closeley with Mayor Cunningham to navigate the challenges of a worldwide economic slowdown.  Schlitter like Cunningham, also a Democrat, was active in the Elks Club. 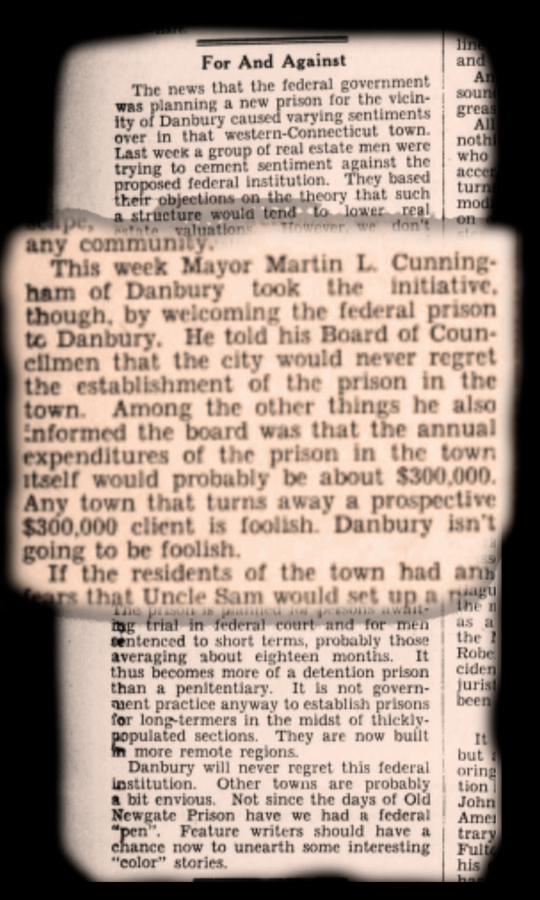 In 1920, Cunningham (born in 1881) was working as a lawyer and living in the shadow of the Merritt Hat Factory at 4 Hillside Avenue with his sister and a servant.

By 1937, Cunningham had married and moved to a larger home at 16 Harmony Street. Cunningham spent most of his career serving as a private attorney and probate Judge but rose into the Mayor's office in 1937. 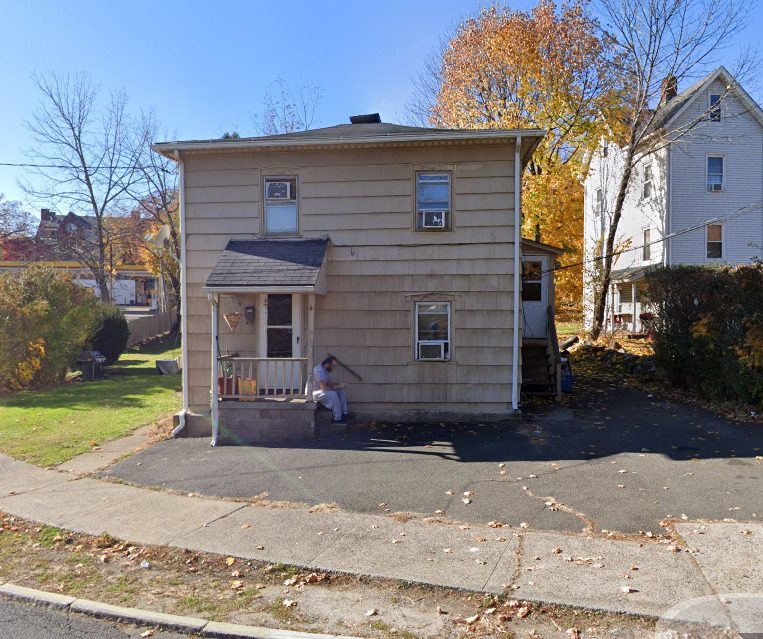 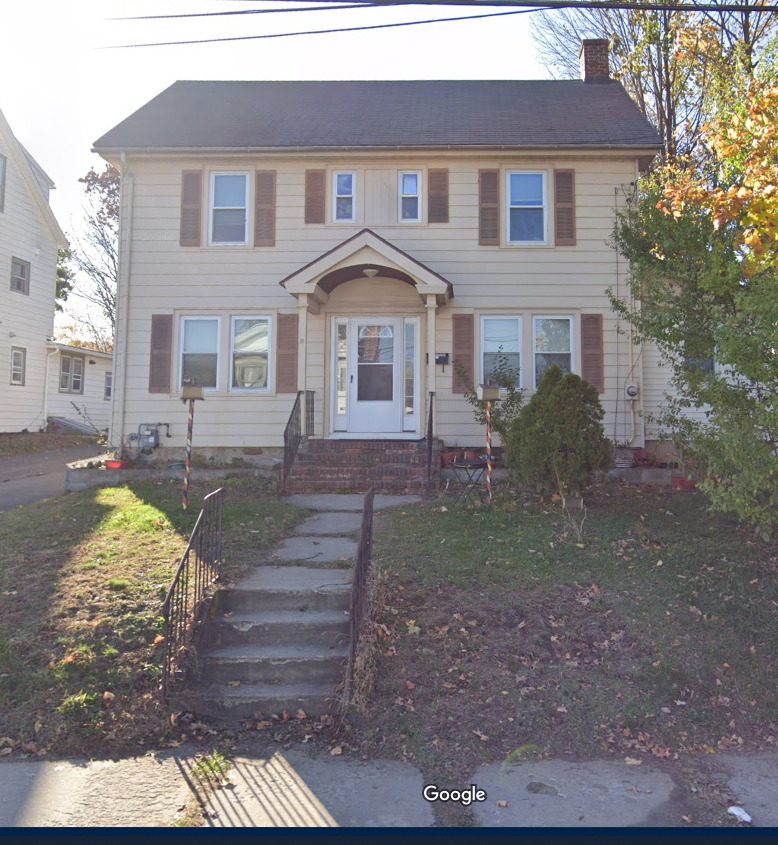 Alfred Ruffles was a native of Brookfield, CT and owned a farm in the Pembroke District. A new Federal prison needed a significant parcel of land, and Ruffles' farm on the top of a hill overlooking the new Candlewood Lake (created in 1929) was the desired location.  Ruffles was the principal holder of land in the area chosen for F.C.I. and the sale of the land coincided somewhat with Ruffles' decision to retire in 1945.

By the time of the sale, Ruffles was 63 years old, and had raised 4 children on the dairy farm he and his wife Marguarite owned (according to Census records, the farm was worth $10,000 in 1910 - $300K in by today's standards).  According to the 1880 Census, he was called Freddy and his parents had both been born in England. 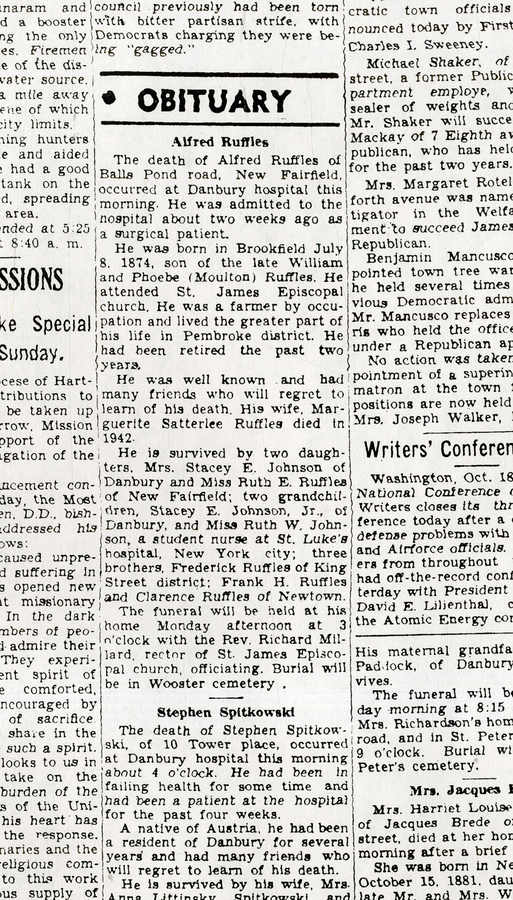 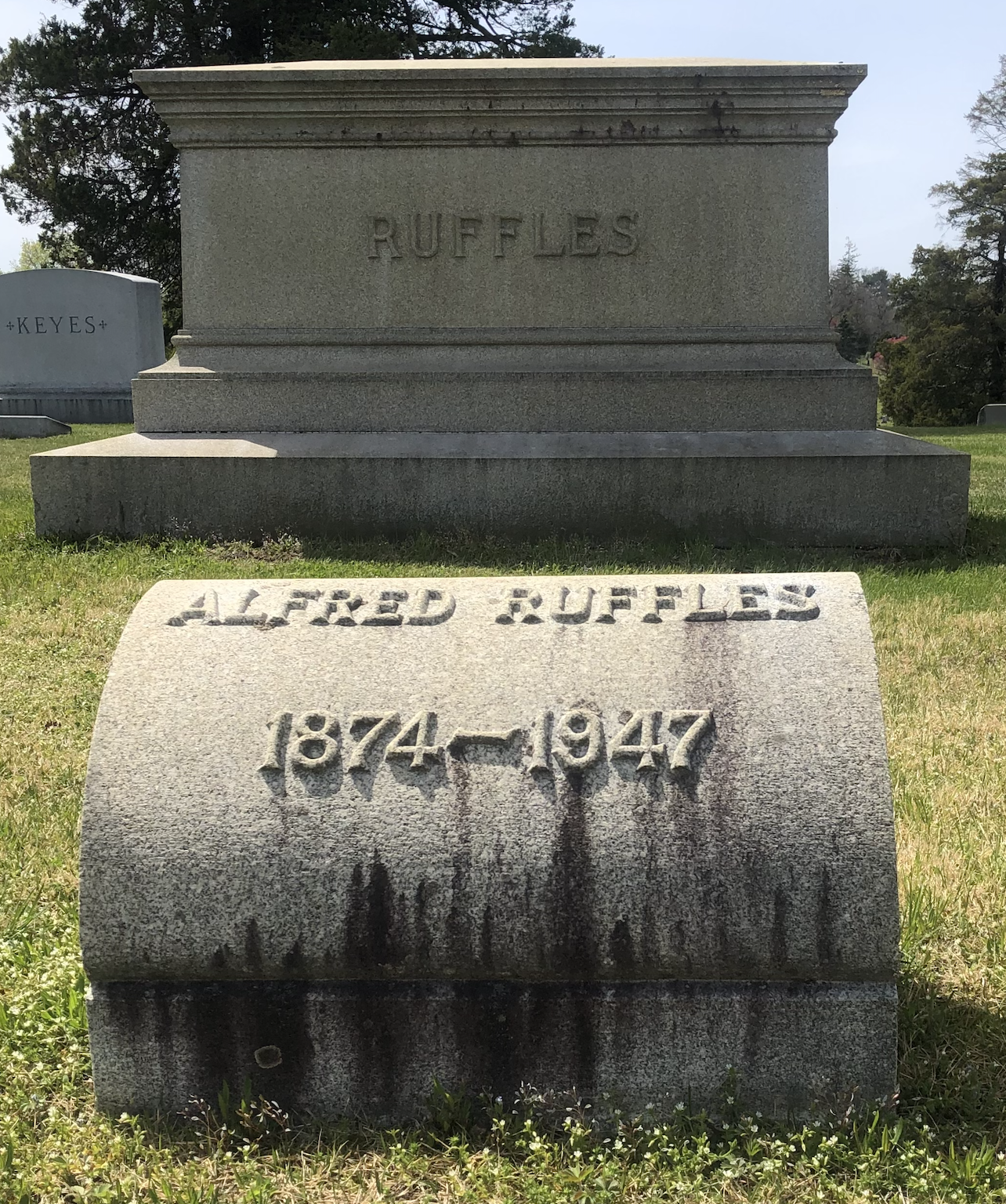