This Collection contains more than one thousand articles and clippings about the people, events, community institutions of Lyme and neighboring towns, spanning the 20th century and late 19th century. The largest number are about individuals who lived and worked in Lyme such as artists, authors and crafts persons as well as individuals involved in political, civic, church, charitable, commercial, farm and club work. But all the other interests and issues of community life are touched on: land conservation, government, disaster, history, etc.

The principal sources are the Hartford Courant and Deep River New Era earlier in the 20th century, and the New London Day, Old Saybrook Pictorial Gazette and Main Street News later in the century.

Elizabeth Warner Huey Putnam was a life-long resident of Brockway's Ferry, Lyme, born October 22, 1912. Her personal story recorded in her own writings as well as various collected papers, ephemera and objects which she donated to the Archives all reflect a long and close connection of the family to the unique history and features of the Brockway Ferry hamlet. Her family's home was in the former store/post office and steamboat landing and close to the landing site for the Brockway Ferry to Deep River. Living at river's edge meant access to shad fishing and space for her father's shad nets and boats. The old Brockway Quarry, where her father worked, was above the family home and her later home was on the former site of an early Lyme industry, medicinal lint made at the oakum mill. Her mother's roots were in early families in Lyme - Brockway, Warner and LaPlace. Her father immigrated from Ireland.

Elizabeth's mother began collecting newspaper clippings and Elizabeth continued through the 20th century. When asked what accounted for the family's interest and persistence in making this collection, Elizabeth said, "If we don't do it, who will? It will all be lost." She noted that the family received the Hartford Courant every day, which she did not recall seeing in neighbors' homes. According to Elizabeth, her father learned to read by reading the Courant.

LOCATION OF THIS COLLECTION: 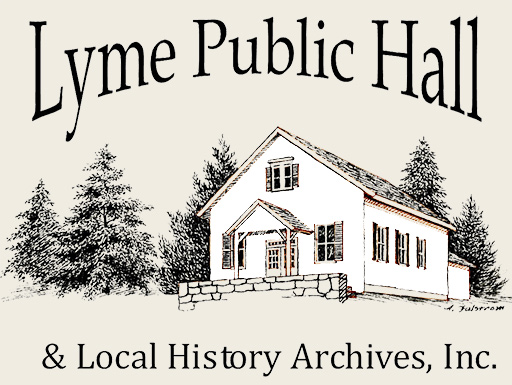